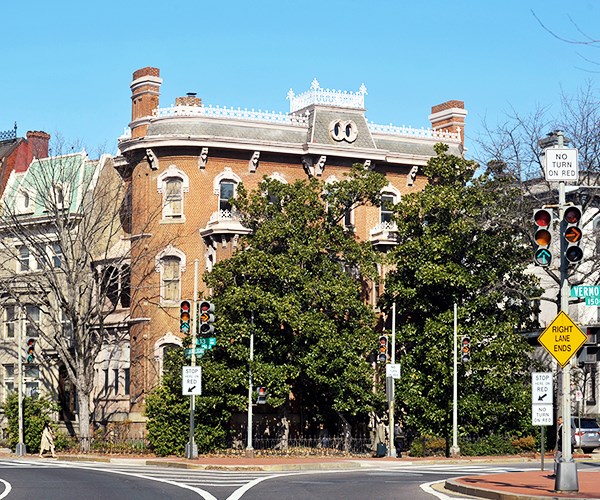 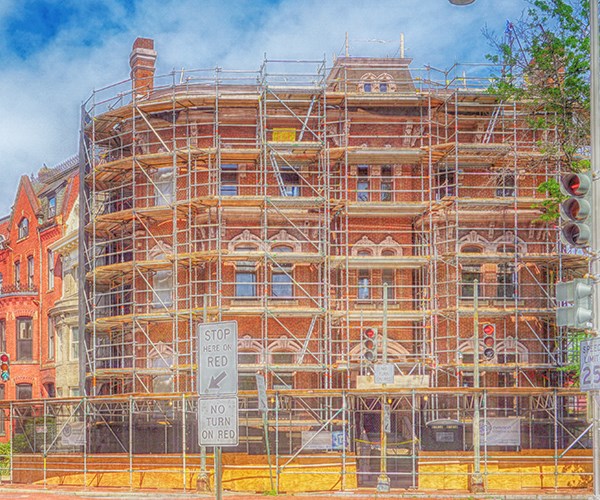 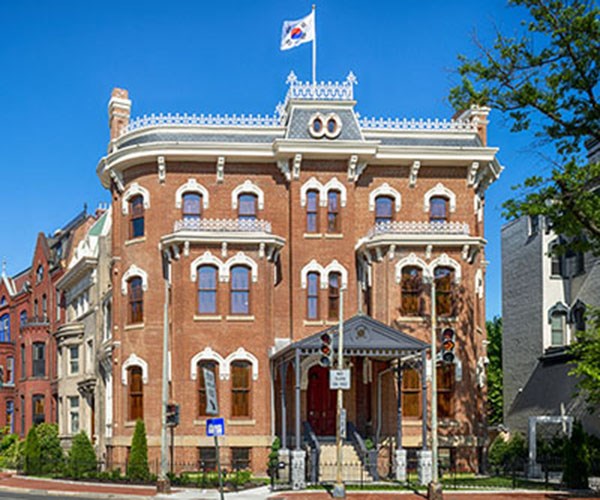 The Old Korean Legation building was designed and constructed by American architect Thomas M. Plowman in 1877. The three-story building with a basement was built on a site of 381.10㎡, with a building area of 152.43㎡, and has the total floor area of 584.54㎡.

The Old Korean Legation building has been restored to its original conditions based on documents and photographs from the late nineteenth and early twentieth centuries that were recently discovered in Korea and overseas. The first and second floors, which had remained relatively unchanged, have been restored to reflect the appearance of the Old Korean Legation at the time of its operation. The third floor, which had undergone considerable renovations over time, has been remodeled to provide an exhibition space. As part of the restoration and remodeling processes, a small traditional Korean garden of about 961ft² was added.

The first floor was the most official space in the legation building, with Gaekdang that served as a reception hall for greeting guests, and a Sikdang for social gatherings. Jeongdang in particular was one of the most special spaces among the legation officials as this place, with the portrait of Emperor Gojong enshrined, was used for the ceremony of bowing toward the palace in Korea. The interior of Gaekdang, the dining room, and the central hall was restored based on the photographs taken to commemorate the World’s Columbian Exposition of 1893.

While the first floor constitutes public spaces, the second floor is comprised of spaces for privacy and work including a bedroom of the diplomatic minister which was off-limits to visitors, the diplomatic minister’s office, the legation officials’ office, and a library. Unlike the first floor, no photographs were found to confirm the setup of the spaces on the second floor. For this reason, the spaces were restored to their original state in accordance with Juminaegeoan, the official documents produced during the period when the legation building was in operation.

The spaces on the third floor are currently used as a large exhibition hall, but it is assumed that they were originally intended to house several accommodation facilities for the legation officials. Since the forced sale of the legation building by the Japanese in 1910, the third floor has lost its original layout as several walls were torn down and the entire space floor eventually became a large hall. Since reference data necessary to infer the original layout of the spaces including floor plans and photos have yet to be discovered, the third floor was created as an exhibition hall by utilizing the spaces as is. The exhibition hall is divided into four sections, each with a different theme such as the history of Korea-U.S. relations, establishment and transition process of the legation building, everyday lives of the legation officials, independent diplomatic activities of Emperor Gojong, and modernization and development of Korea, coupled with various artifacts and items.

This small space situated between the legation building and the adjoining building was originally used as a parking space, which was renovated as a Korean traditional garden. The garden was bordered with a low wall similar to the floral motif wall around the Jagyeongjeon Hall of the Gyeongbokgung Palace. This wall was constructed with red bricks and decorative roof tiles laid on top, and adorned with baked clay designs of the four noble plants—bamboo, plum blossom, orchid, and chrysanthemum—engraved on the surface of the wall to add refined elegance and beauty of the garden space. In addition, the garden was paved with stone plates of irregular shapes in a seemingly effortless manner to create an aesthetic balance with the traditional walls. Meanwhile, the center of the garden features a replica of Bulromun, or the Gate of Eternal Youth, which was erected in the backyard of Changdeokgung Palace. The Bulromun Gate, built with thin slabs of granite cut in the shape of “ㄷ,” was believed to provide everlasting youth to whomever passed through it. For this reason, people in the old days used to wish for good health and long life at the gate. The Korean traditional garden created in the middle of the Washington D.C., the capital of the U.S., remains as a special space to celebrate the historic Korean legation building in Washington D.C., which became part of Korean history by establishing a valuable friendship between Korea and the U.S. dating back to the late

Details VR
Go to Top
Old Korean Legation Museum will be temporarily closed to the public starting from January 1st, 2022
in response to the COVID-19 Omicron variant.
We will announce our reopening information through our website and social media @Koreanlegation (Instagram, facebook, twitter), please stay connected.