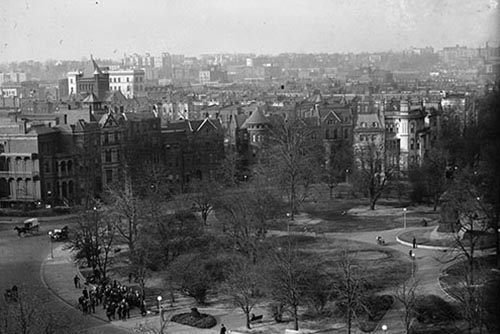 Logan Circle, about 1.5 kilometers northeast of the White House in Washington D.C., began construction in 1870.
Logan Circle was named in honor of John A. Logan (1826-1886), a Civil War veteran and senator, in 1930.
The area of 0.4 ㎢ surrounding Logan Circle Park, containing 135 historic residences including the Old Korean Legation building, was registered as a historic district in June 1972.

Most of the historic residences within the Logan Circle Historic District, which were built from 1875 to the early 1900s, were designed in the Victorian and Richardsonian Romanesque styles of architecture. These historic residences still retain their original form, whose historical significance has been recognized and preserved by the U.S. federal government.